HIRING AN ENGINEER – QUESTIONS ABOUT PRICING 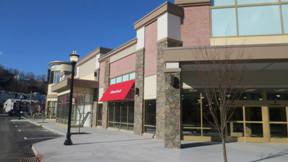 Our first information paper is mostly intended to be humorous. We promise that if you read the rest of the information in the Reference Desk, it will be very serious and informative. There is something to be learned from this anecdote though. On some consulting and inspection projects, clients sometimes wonder what they are paying for. This is especially true on structural and foundation inspections of homes. Sometimes, an engineer may spend an entire day analyzing a problem and even more time in the office working on it.

Other times, one look and maybe a few measurements, and the problem is diagnosed or no problem at all is found. When hiring an engineer in this type of situation it is important to know that primarily you are paying for his knowledge and experience. You should not be asking why you are paying the fees you are for an engineer to look at something for a few minutes and tell you it is ok or diagnose a problem. You should be thankful that you hired someone who can tell you in a few minutes that it is ok or what the problem is. Obviously if you had to hire an engineer, nobody else could figure it out. Before calling to ask about pricing, we like our clients to read the following anecdote. If you don’t find it humorous, you probably have a normal sense of humor. If you do find it humorous, you probably have an engineer’s warped sense of humor. In fact, you probably are an engineer, and may not need to call after all.

There was an engineer who had an exceptional gift for fixing all things mechanical. After serving his company loyally for over 30 years, he happily retired. Several years later the company contacted him regarding a seemingly impossible problem they were having with one of their multimillion dollar machines. They had tried everything and everyone else to get the machine to work but to no avail. In desperation, they called on the retired engineer who had solved so many of their problems in the past. The engineer reluctantly took the challenge. He spent a day studying the huge machine. At the end of the day, he marked a small “x” in chalk on a particular component of the machine and stated, “This is where your problem is”. The part was replaced and the machine worked perfectly again. The company received a bill for $50,000 from the engineer for his service. They demanded an itemized accounting of his charges. The engineer responded briefly:

One chalk mark $1.
Knowing where to put it $49,999.
The bill was paid in full and the engineer retired again in peace.