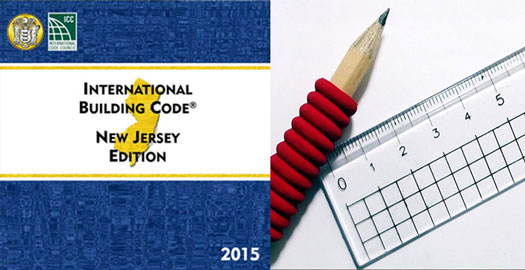 Section 1604.5, Risk Category. The term “occupancy category” has been changed to “risk category” to better reflect the intended meaning and to coordinate the terminology with ASCE 7-10.

The term “occupancy category” is somewhat misleading because it implies something about the nature of the building occupants and “occupancy” relates primarily to the non-structural fire and life safety provisions, not the risks associated with structural failure. Some structures regulated by the IBC and IEBC are not even occupied but are assigned an occupancy category because their failure could pose a substantial risk to the public.

Although the terminology changed, the classifications continue to reflect the progression of the consequences of failure from the lowest (Risk Category I) to the highest (Risk Category IV) (see Figure 1 on page 40). A detailed discussion of the risk categories is contained in Section C1.5 of the ASCE 7-10 commentary.

Section 1605, Load Combinations. The strength design and allowable stress design load combinations in the 2012 IBC have been coordinated with the load combinations in Section 2.3 (SD and LRFD) and Section 2.4 (ASD) of ASCE 7-10, respectively. Loads due to fluids, F, and lateral earth pressures, ground water pressures, or the pressure of bulk materials, H, as well as ice loads have been included. The load combinations for “other loads” for LRFD in Section 1605.2.1 and ASD in Section 1605.3.1.2 were modified to include atmospheric ice loads for ice-sensitive structures. These sections reference ASCE 7 Section 2.3.4 for LRFD and ASCE 7 Section 2.4.3 for ASD, respectively. The term “ice-sensitive structure” has been added to Section 202.

Section 1605.2, Load Combinations Using Strength Design or Load and Resistance Factor Design. The wind design requirements of Section 1609 were extensively revised to update and coordinate them with the latest wind load provisions in ASCE 7-10, which are based on ultimate design wind speeds, Vult. Ultimate design wind speeds produce strength level wind loads similar to seismic load effects. For strength design or LRFD, the load factor on the wind load, W, has been changed to 1.0 to account for the new strength level wind forces in ASCE 7-10.

Table 1607.1, Minimum Live Loads. Many live loads in Chapter 4 of ASCE 7 were updated in the 2010 edition of the ASCE 7 standard. To coordinate the changes in ASCE 7-10 with the 2012 IBC, the live loads prescribed in IBC Section 1607 and Table 1607.1 have been updated to coordinate them with the live loads of Chapter 4 and Table 4-1 in ASCE 7-10. In some cases, duplicate provisions in the code were deleted because they were incorporated into ASCE 7-10. For example, the detailed loading requirements for vehicle barriers were deleted from the code and replaced with a reference to similar provisions in ASCE 7.

Section 1607.6, Helipads. The terminology and live load design requirements for helicopter landing areas have been updated and coordinated with ASCE 7-10. The new term “helipad” is now used to describe helicopter landing areas. A helipad is defined as a structural surface used for landing, taking off, taxiing, and parking of helicopters. The previous provisions were unclear as to whether or not helicopter live loads were intended to be separate or in addition to the load combinations required by Section 1605. The helipad loading requirements have been relocated to Section 1607.6 (which prescribes live loads) from Section 1605 (load combinations). The actual loading criteria required to design helipads were updated and coordinated with the helicopter loads specified in ASCE 7-10 and references to dead load, D, and snow load, S, which served no real purpose, were deleted.

Section 1607.7, Heavy Vehicle Loads. Provisions relating to the design of structures supporting heavy vehicle loads in excess of 10,000 pounds gross vehicle weight have been updated. Structures intended to support heavy vehicle loads are designed in accordance with the same specifications required by the jurisdiction for the design of roadways and bridges, such as AASHTO. The new requirements apply specifically to fire truck and emergency vehicles, and heavy vehicle parking garages. Changes were also made to loading requirements for forklifts and movable equipment.

Sections 1608.3 and 1611.2, Ponding Instability. A new definition of “susceptible bay” has been added to clarify where ponding must be considered in the design of roof structures to avoid progressive deflection. A susceptible bay is defined as a roof, or portion thereof, with 1) a slope less than 1/4 inch per foot; or 2) on which water is impounded upon and the primary drainage system is blocked. Only those portions of the roof considered susceptible bays must be designed for ponding. Areas of the roof with a slope of 1/4 inch per foot or greater toward points of free drainage are not considered susceptible and need not be designed for ponding.