Structural Workshop, LLC was retained to provide structural engineering services for a new firing range in Wayne, NJ. The existing building existed as a restaurant for many years prior and recently remained vacant prior to being converted to a firing range. The firing range requires an extensive ballistic baffle system at the interior as well as an independent HVAC system at the interior. Both the ballistic baffle system and the HVAC equipment imposed a significant increase in the loading to the existing building structure that it was not originally designed for. We designed a new structural steel framing arrangement at the interior of the building to hang the ballistic baffle system from below, as well as support the new steel dunnage for the HVAC system above, at the exterior. The new structural steel needed to be designed and placed to span across the width of the range, with no intermediate supports, and fit within a tight envelope below the existing roof framing, but not hang too low to reduce the overall clear height of the interior of the firing range. In addition, we also reinforced the existing building structure and foundations to support the loading from new structural steel framing. 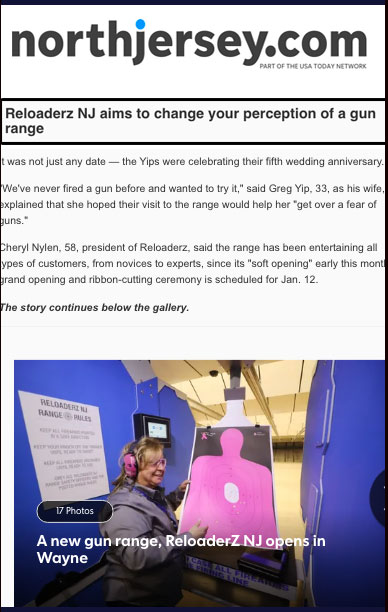 Reloaderz NJ aims to change your perception of a gun range