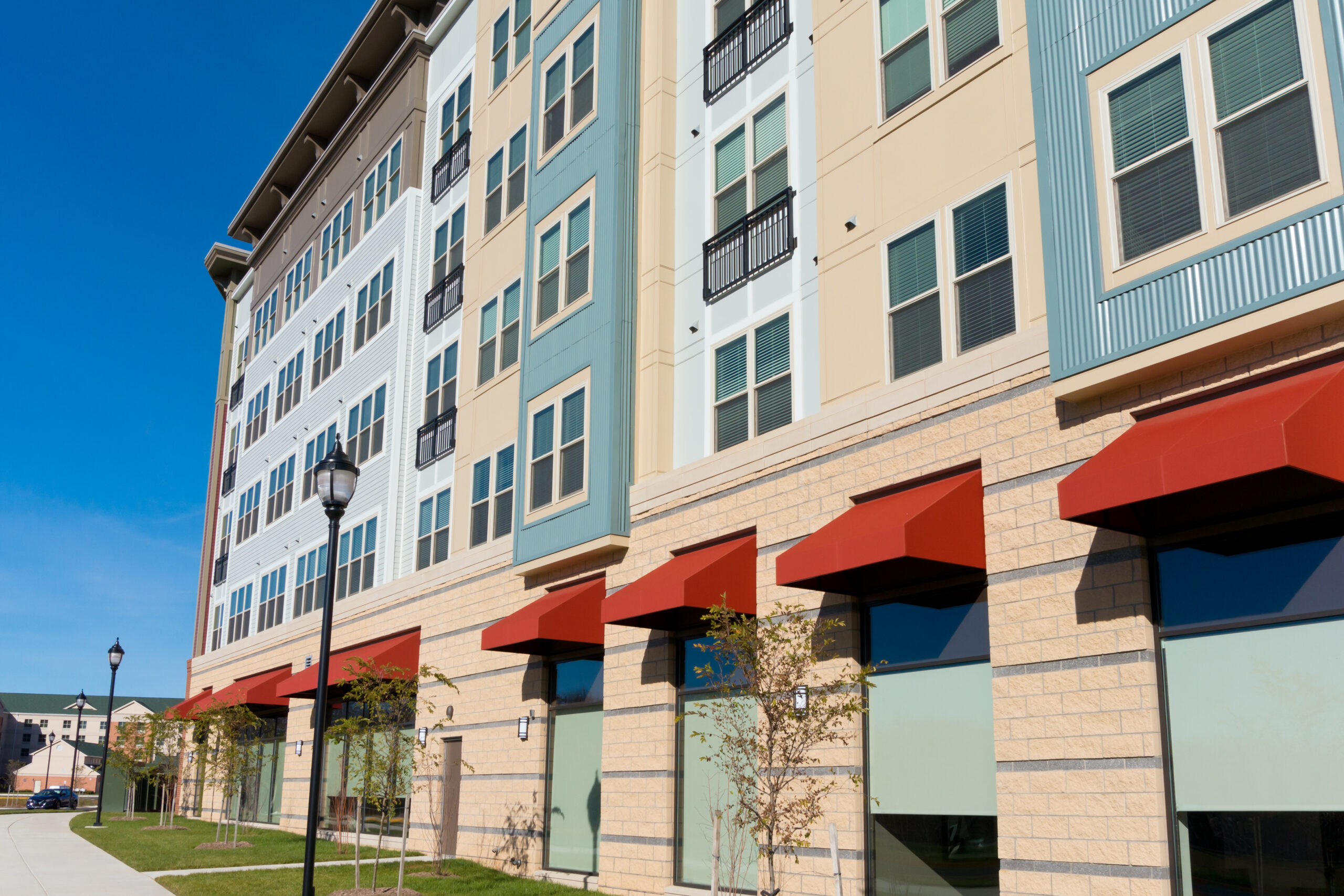 Podium structures have been gaining popularity especially within the past several years. There has been an increase in the demand for multi-story mixed-use and multi-unit residential structures.  Podium structures are typically used to take advantage of simpler and less expensive wood construction for the upper portion of the building, while also complying with code requirements for non-combustible portions of the building, fire separations, and height limits on types of construction.

What is a Podium Structure?

A podium structure is typically used for residential units with parking or retail at the lower level(s). The podium level is also referred to as platform or transfer level that supports a bearing-wall system structure above.

There are several bearing wall structural systems that may be used for the residential superstructures (buildings) supported on a podium level.  These systems will vary greatly in terms of dead loads and consequently will greatly affect the structural demand on the podium and foundations.

The following is a list of typical bearing wall systems in the order of common use and effect on the superimposed loads on the podium framing and foundations as well as based on the relative cost of each system:

There are typically 2 common structural framing systems for podiums:

Structural Workshop has designed many podium structures over the past several years with approx. 75% of the buildings using reinforced concrete (mainly flat slabs). One of the main contributing and decisive factors in the decision making was the bearing capacity of the soil.  In all these buildings, the soil was suitable for shallow foundations with very good bearing capacity.

The following table highlights the main pros and cons for each of the 2 mostly common framing systems used in the construction of the podium level:

In summary, there are many factors that affect the choice of the framing system for podium structures. These factors will vary from one project to another. Typically, the structural engineer should make recommendations for the most suitable system for any given project depending on the structural demand and design criteria. Ultimately, the client might have the final word for selecting the type of framing system based on preference, budget, performance, and expectations.